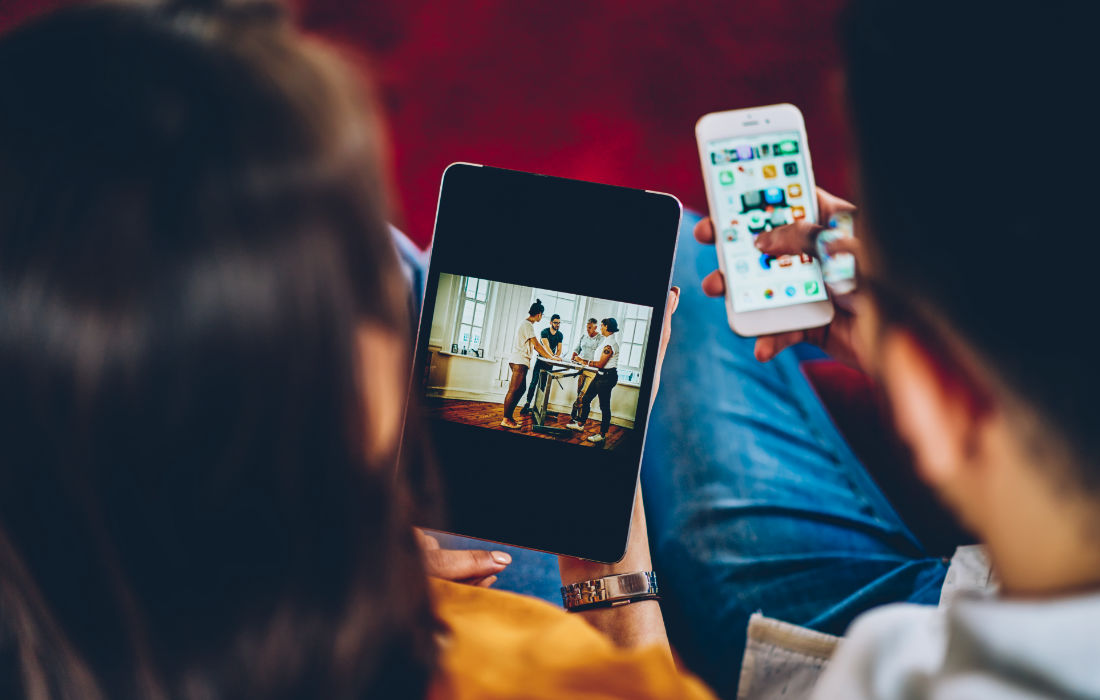 So you have an Android phone or tablet and you’re wondering how to watch movies from your phone to your TV without HDMI. Maybe you want to show your friends some pictures but you can’t figure out how to connect the phone to the big screen.

If your TV does not have any HDMI ports, there are still ways to connect your phone. You have a few options. Either you’ll have to find the right adapter or use a wireless gadget. We’ll walk you through both solutions.

To start, we’ll have to determine what kind of ports we’re working with. Take a look behind your TV and see what ports are available. Does it use SCART, VGA, RCA, or something else?

Most Android phones only support HDMI signals. They don’t have the other signals found in other ports, such as the ones mentioned earlier. But you can still convert the signal by using various adapters, in some cases, you’ll need to use two.

One Android feature worth mentioning is the Samsung Dex. This mode is only available on modern Samsung phones (S8 and above) but it makes a huge difference when connecting to a TV. What it does is convert your phone’s layout into full-screen, with a user interface very similar to Windows. To activate it, use a USB-C to (VGA) HDMI adapter.

How to connect your phone/tablet to a TV:

There are two methods:

1 – connecting your phone to the TV via an adapter

Let’s start with the adapter. Most Android phones have one port, either micro-USB or Type-C, the latter is the standard for modern phones. The goal is to find an adapter that converts the phone’s port to one that works on your TV.

The easiest solution would be to buy an adapter that converts your phone’s port to an HDMI port. You can also find cables that accomplish the same goal.

The adapters are relatively cheap and you can find some good ones on Amazon. Remember, make sure you know what type of port your phone uses, it’s either Micro-USB or USB-C.

Many older TVs have at least one VGA port. If that’s the case, connecting a phone to VGA is relatively simple, there are plenty of decent adapters out there. The better ones require a power supply, usually powered by a USB cable.

USB-C to VGA adapters will work with almost any modern Android phones. On the other hand, the older ones that use micro-USB might not support the feature, especially if the phone is an older model. Either way, USB to VGA is probably the easiest solution.

Now, if your TV doesn’t have any HDMI ports and only SCART then your options are quite limited. Since finding a USB to SCART adapter or cable is almost impossible, one solution would be to use a USB to HDMI adapter, combined with an HDMI to SCART adapter.

Most of these adapters require a power source, so keep that’s one thing to keep in mind.

There’s no guarantee it will work on every phone, most modern Samsung phones should be able to handle it.

Here’s how it works:

Your phone – USB to HDMI Adapter – HDMI to SCART Adapter – SCART to TV.

In the case where your TV only has RCA AV ports, it might seem like there’s no way to connect your phone to the screen. These TVs are the classic CRTs we used to have as kids. Do you have one lying around and don’t know what to do with it?

We established that it’s easy to find a phone to HDMI adapter. The solution here is the same as the one for the SCART port. You will need to use two adapters, at the same time.

Here’s how it would look:

First, a USB to female HDMI adapter. Next, an HDMI to RCA AV (also female) and all the necessary cables. That’s a lot of cables attached to your phone, but it should work. And it should be able to carry sound over too.

2 – Connecting your phone to the TV with a casting device

Look, the solutions mentioned above require two or more adapters which sometimes need their own power supplies. That’s a lot of unnecessary cables. A cleaner solution would be to use a wireless casting device, such as a Chromecast.

If you have a TV with an HDMI port, simply buy a Chromecast, plug it into the HDMI port, connect it to your Wifi, and cast whatever media from your phone to your TV through the Wifi network. Very easy.

Now, you might have an older TV that doesn’t have HDMI ports. Not to worry, the same solution for the phone works here too. There are HDMI to RCA adapters or converters that will allow you to convert an HDMI signal into RCA for an older TV.

Using these adapters for Chromecast is easier than connecting a phone to a TV because the phone requires one more adapter (and cable) so it’s a little neater. But you will need to make sure the Chromecast has a good connection to your Wifi network.

For Chromecast to Scart, the solution is the same. You’ll need to find an HDMI to SCART adapter. Make sure you still have those SCART cables. HDMI to SCART is a lot more common than USB to Scart.

What is The Best Way to Watch Movies from Phone to TV?

While the adapters work, the setup creates a lot of cables and clutter. You’ll also need to plug and unplug your phone multiple times, which can be bothersome. In my opinion, the best system is one that doesn’t require any manual labour on your part, at least after the initial installation.

Having said that, I think the best way to watch movies from your phone to TV is through a casting device such as Chromecast, or one of the many others on the market. The reason for this is because a casting device makes things a lot easier. You don’t have to plug in the phone, you can just sit on your couch and cast media to your TV with no hassles. It’s much more convenient.

And if your TV doesn’t have an HDMI port, consider getting an HDMI port converter for your Chromecast. Tuck the device and the cables behind your TV and you’ll never have to deal with them again. Everything will be wireless. Very modern and clean. 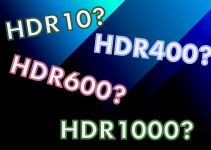 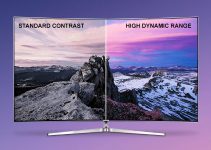 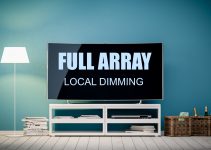 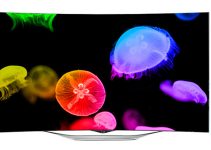 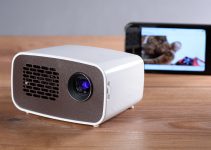