So you’re browsing for a new audio system and you’re not sure if it’s better to buy a soundbar or a 5.1 surround sound system. In this article, we’re going to compare the two types of speakers and see which one is ideal for you.

Soundbars are all-in-one audio systems that can deliver high-quality audio without taking up nearly as much space as external speakers. They’re great for people who place an importance on cable management and home decor because you can place them right under your TV and connect to them wirelessly, usually via Bluetooth.

If you’re a little confused about audio channels, we’ll talk more about them later on in this article. Now, the question is, are soundbars suitable for home theaters? Which setup is better?

You might assume a home theater system with multiple directional speakers and a subwoofer will provide better audio than a soundbar. After all, it does have more speakers. And you would be correct. While 5.1 home theater systems do provide the best audio experience, soundbars have certain advantages too.

For starters, soundbars are cheaper, portable, usually have built-in Bluetooth, and even rechargeable batteries, as well as other useful features. The audio quality can be pretty good too, especially if you choose a higher-end soundbar with a separate subwoofer, also known as 2.1 soundbars.

Bear in mind, soundbars were mainly designed as a better alternative to TV speakers. Most TV speakers are very low quality and don’t offer much bass, and a soundbar is a budget-friendly way to improve your TV’s audio quality. Installation is very simple.

While a single soundbar won’t be able to provide you with a 3D audio experience, they utilize various tricks to create some sort of directional sound. It’s not the best, but it’s comparable to most stereo speakers, with the advantage of being extra portable.

The subwoofers are also very bulky and take up a lot of space. It’s difficult to find an appropriate location for these massive subwoofers in a living room. Sometimes these subwoofers can be as big as a chair or stool. Of course, sound quality is hard to beat, and these systems deliver the best sound overall, but at the cost of cable management and space.

So when it comes to soundbars vs home theaters, you need to ask yourself, do you want a decent stereo speaker that’s better than the TV speakers? Or do you want a professional home theater setup that rivals IMAX?

There are many audio channels, from 1.0 all the way to 7.2. Another way to look at this is the first number is the number of speakers in the system, and the decimal point represents the number of subwoofers.

When it comes to home theater systems, there are two main types of setups; two speakers and a subwoofer, or five speakers and subwoofer. The former uses a 2.1 audio channel, while the latter uses 5.1 channels.

Essentially, 2.1 audio consists of the left and right speakers. It’s the most common type of sound system today, although it’s quickly being phased out by more advanced technologies. If you have a pair of two external speakers with a subwoofer, chances are they’re using 2.1 channels. Otherwise, they’re probably using 2.0 audio channels (regular stereo).

You might be wondering: can you find 5.1 audio channel soundbars? The answer is yes. The main difference is the three forward-facing speakers are built-in to the soundbar, so that counts as three (although it looks like one), and then there’s one subwoofer and two rear speakers.

Stereo soundbars (the majority) often use a kind of virtual surround sound technology that tricks your ears into thinking the sounds are coming from other directions. The way it works is a little complicated but the short version is you can still get a good-enough surround sound experience from a basic soundbar.

Another important thing about 5.1 soundbars is most of them use HDMI ARC for audio. Although you don’t need to buy a new HDMI cable, you do need to double-check if your TV or display has an HDMI output port (it should be labeled with the abbreviation ARC).

On the subject of TVs, you also need to check if the TV supports 5.1 audio. If you install a 5.1 system with a TV that doesn’t support it, the output will be audio 2.1, which won’t be the true surround sound experience. On the other hand, most sources such as video-game consoles, computers, and Blu-ray players support 5.1 audio.

Now let’s take a look at the 2.1 home entertainment systems.

Are 2.1 Soundbars Worth It?

Although 5.1 home entertainment systems deliver the best experience, the 2.1 systems are not far behind, and there are several reasons to consider buying one.

For starters, they’re much cheaper than their counterparts. You can find some decent 2.1 channel soundbars for under $200 and most of them have Bluetooth. You might assume since there are no external speakers positioned behind you that 2.1 soundbars lack true surround sound.

For example, one setup uses the shape of a room to bounce soundwaves off the sides of the walls to create the illusion of sound coming from those directions.

Keep in mind, virtual surround sound is based on software, and almost any stereo speakers can utilize the technology if the source can provide it. Long story short, 2.1 soundbars can create decent surround sound too, although it’s based more on illusions.

Another upside to 2.1 soundbar systems is there are fewer speakers, which means less clutter and wires. They’re easier to set up as well, and most include Bluetooth, so you can play music from your other electronics too.

Are They Better Than a 5.1 Home Theater System?

While 2.1 home entertainment systems can be great with good quality virtual surround sound, there’s something about the 5.1 home theaters that make a much better experience. Ultimately, if you want true surround sound, I would go with the 5.1 soundbars.

The 2.1 soundbars do a good job of creating directional sounds, but it relies more on illusions and tricks to create the effect. 5.1 soundbars use actual directional speakers, which is hard to beat. Overall, it comes down to your personal preferences.

If you value true surround sound and want the best experience, I would pick a 5.1 channel system. Otherwise, if you’re on a budget, the 2.1 channel with good virtual surround sound should be sufficient, but don’t expect to be blown away.

When trying to decide between a soundbar and a home theater system, it’s best to consider the size of your living room and the cable management factor. Soundbars are much easier to install, and overall more convenient to use.

Home theaters offer better audio but require more installation time. Overall, when it comes down to soundbars vs home theaters, it’s up to you to decide which setup works for you. Good luck. 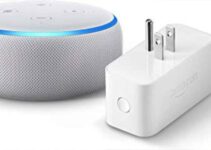 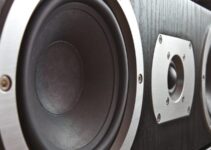 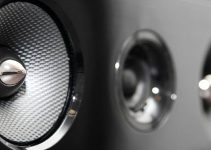