Does Chromecast work with a projector?

Yes, Google Chromecast will work well with a projector and is relatively easy to set up. Plugging the device into a projector with an HDMI slot or using an adapter for projectors without one should achieve this task.

Chromecast has been around for nine years at the time of writing and has seen several adaptations and improvements that led to the device you will see in shops today. It comes with an attached HDMI cable and a power adaptor. If you opt to go for the more expensive model, you will also get a remote control with your Chromecast, although you will still need to download the mobile app in order to set it up properly.

If you’re wanting to connect your Chromecast to a projector, it will not take you long. Follow these bullet points to be connected and ready to stream in minutes.

In order to do this, you will need the Google Home App on your mobile phone. Will will briefly show you how to do that in the following steps.

Now that you’re all set up and ready to cast, let’s see how easy it is to do! All you’ll need is an App on your mobile phone that is capable of casting to a device. For instance, Netflix and Youtube are both popular Apps that are capable of casting. Once you’ve made sure your mobile phone and Chromecast are connected to the same Wifi network, simply click the Chromecast button in the app you’re trying to cast from and it will automatically detect it. Your content will be playing through your projector!

What to do if a projector doesn’t have an HDMI port?

But wait! There’s more. If your projector doesn’t have an HDMI port, it will either be equipped with a DVI or VGA port. In the former case you’re in luck as this is much easier to deal with than the latter by using one of these converters recommended below for both situations:

If you’re looking to connect your Chromecast with a DVI port, there are several options available. One option would be using an HDMI-DVI adapter. Depending on the version of DVI you will also need a converter with audio extraction equipped with 3.5mm or Toslink ports to get audio out onto the projector, soundbar or speakers. See this article for more information about DVI and sound limitations. 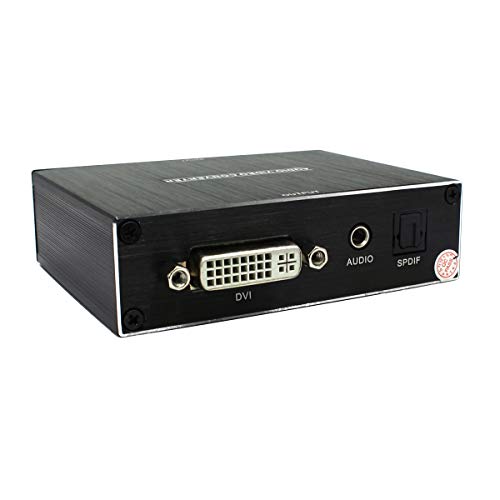 Check out this product on Amazon

The better solution to use a Chromecast with your projector is by using an HDMI Female (Input) to VGA Male adapter. To do this, first, plug the input of the adapter into your projector and then plug in one end of the cable from your Chromecast’s HDMI output port at one end and place it on top so you can connect it easily later. 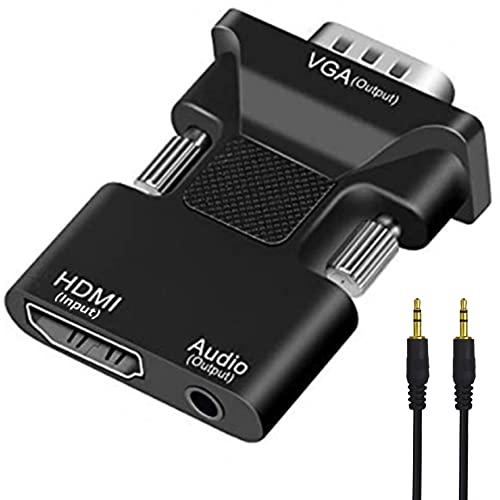 Check out this product on Amazon

Now that you’re familiar with how Chromecast works with a projector, you can download any app that will allow you to cast, even some games! We hope you have as much fun with it as we do.