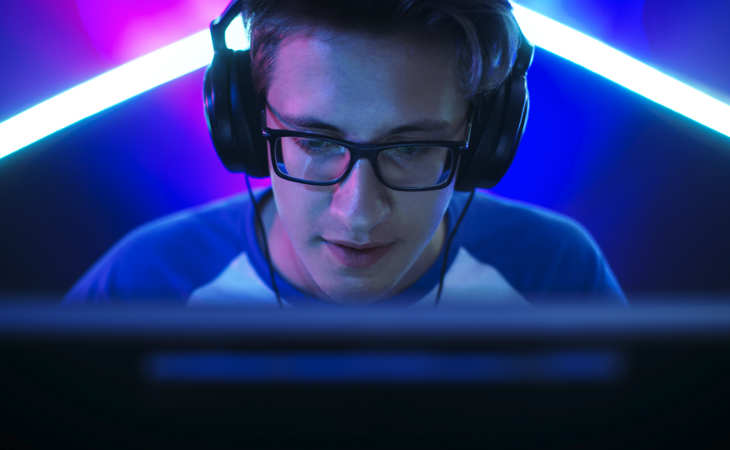 If you’re running into issues in online games like lag or packet-loss, there’s a good chance your internet connection is the cause. Maybe you’re wondering what internet pro gamers use to get some ideas on what works best.

Upgrading your internet connection is easy, but deciding which package or company to go with can be a challenge. Let’s take a look at some factors to look for when choosing an internet provider for games.

What Internet Do Pro Gamers Use?

The reason pros use full-fibre internet is that the latency to game servers is slightly lower, the infrastructure does not slow down during peak hours, and there’s less jitter. The speed just happens to be a nice bonus. You also need to consider that some pros stream their game sessions and that that requires a rather fast internet connection.

Full fibre internet is not as available as typical copper broadband because it requires custom wired connections. Most internet service providers (ISPS) are working to improve the reach of full-fibre internet.

Best Internet for Pro Gamers in the UK:

BT’s full-fibre gaming broadband is perfect for pro gamers because it offers up to 1 Gbs of download speed, the lowest latency possible, and unlimited data. These plans are location-dependent and you’ll need to enter your address to see if it’s available in your area.

The second best option is BT’s basic fibre broadband plan, which still offers great speeds and latency that is better than typical internet plans. These are naturally pricier than most broadband plans, but it’s usually worth it for competitive gamers.

The fastest broadband package by Virgin Media is Gig1 which offers fibre internet at speeds of up to 1Gbps download and 52 Mbps upload. The plan is available in most major cities across the UK and more are being added soon. Prices start at 62 pounds a month for a 24-month contract.

With this plan, you’ll be able to stream games, play online games, download games, stream HD movies, and much more, without running into any stutters or downtime. If it’s available in your region, it’s definitely worth checking out.

Sky’s Ultrafast connection also uses fibre, although it’s not full-fibre (more on that later), and it promises speeds of up to 145 Mb/s download and 27 Mb/s uploads. Deals for this package start at 35 pounds a month.

Once again, the plan is location-specific, but most areas in the UK have access to fibre. What’s cool about Sky’s Ultrafast plan is they offer you a speed guarantee; if the speed drops below the advertised rates you can get your money back. A pretty decent option for gamers who can’t afford the premium esports packages.

TalkTalk is known for their budget-friendly broadband options, and their full-fibre plan rivals that of major ISPS at a much cheaper rate. TalkTalk’s Ultra Fibre plan offers speeds of up to 990 Mbps download, full-fibre connection, and unlimited data usage. The plans start from 29 pounds a month, which includes all the necessary equipment. This is a great broadband option for pro gamers on a budget.

What is the Difference Between Fibre and Full Fibre?

Fibre is a mix of fibre and copper (traditional cabling) and it offers better speeds than traditional packages, but not nearly as much as full-fibre. With full-fibre, the entire system is built on fibre optic cables, so you get much faster speeds, usually a 1Gbp/s. It’s best to always go with a full-fibre broadband connection if you’re a pro gamer.

Do You Need a Fast Internet Connection for Gaming?

Contrary to popular opinion, you do not need a fast internet connection to play games online, but it does make a lot of other services run more smoothly. Tasks like downloading games and updates are much quicker too.

It’s not only about games. Having a fast internet connection will improve almost all your online activities; streaming media, downloading movies, uploading files, and even browsing the internet will be faster. Everything will receive a major boost, and you won’t have to sit around waiting for things to load.

For that reason, it’s always best to get the fastest internet possible that is within your budget, especially since games these days take a hefty toll on your hard drives. Call of Duty Modern Warfare is one that likes to eat up hard drive space, the total size is almost 200 GBs.

When it comes to actual in-game performance, it will likely be the same on a 20 Mbps internet connection as it is on a 1,000 Mbps connection. Even on the lower end, like 5 Mbps, you likely won’t run into issues when playing online.

The reason for that is when you’re logged into a match, the only thing your internet is used for is to send and receive tiny packets of information. These tiny packets contain the information that keeps you and the other players updated, it’s what the server reads. These packets are incredibly small, about 0.1 megabits each.

There are likely other services that game needs internet for too, but those generally don’t require very fast internet. But for the reasons mentioned earlier, it’s always a good idea to get the best internet connection you can afford.

Reminder: Always Use an Ethernet Cable

If you have the option, use a new CAT6 or CAT7 ethernet cable from your modem to your PC or console. Wifi, while fast on new routers, offers about half the connection speed that you’ll get from a wired connection, and it’s more vulnerable to interference which can create jitter and packet loss.

A 400 Mbps connection is great for gaming because you can download and update games very quickly. When in an online game, the speed of your connection does not matter as much because not much data is being transferred (unless you need to download custom files from the server).

200 Mbps is a good internet speed for gaming because downloads will be fast and you can jump right back into the action. The speed of your internet won’t lower latency.

Fast internet will not reduce your ping (latency) because your ping is the time (measured in milliseconds) it takes a packet from your end to reach the game servers and come back. There are lots of factors that can affect ping but the most noticeable is distance. In simple terms, the further you are from the server location, the higher your ping will be.

On that note, full-fibre internet can slightly reduce game ping because it cuts out a lot of unnecessary hops in the trip the packets need to make to reach the server. Some people report moving from broadband to fibre optic reduced ping by between 10ms to 30ms in online games.

There are other things you can do to reduce ping too, such as:

What Internet Speed Do I Need for Streaming? 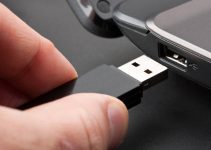