Since it was introduced in 1987, VGA technology has come a long way. It’s still one of the most common connector types for monitors, and even most modern monitors have at least one VGA port. While HDMI is the preferred connection, VGA still has a place.

You could use a cheap VGA monitor as a secondary display for notes and whatnot. That begs the question, what’s the max resolution you can get with VGA? Is it capable of 1080P and higher resolutions? I had the same concerns, so I did some research, and I’ll share my findings with you in this article.

Do remember, VGA is a very old standard, and most graphics cards don’t even include VGA ports anymore because it’s kind of dying out. The newer connectors, HDMI, Display Port, and DVI, are much better than VGA.

In fact, most people can’t tell the difference between 1080P connected via HDMI or VGA, however, at higher resolutions, VGA starts to fall behind. While VGA can support 1080P, it’s not the recommended connection for displays for a number of reasons which we’ll get into in a moment.

VGA’s maximum resolution is limited by the signal source (video card, integrated chip, etc) and the quality of the VGA cable. Since it’s analog, there’s no bandwidth limit, it all depends on the source. On most modern graphics cards, the maximum resolution for VGA is 2048×1536 but it varies from the manufacturer. If you’re looking to get more than 1080P, I don’t recommend VGA.

Why is VGA Not Good for High Resolutions?

There are a number of reasons why VGA is not recommended for high resolutions. For one, VGA uses analog signals. Most hardware today uses digital, so the hardware (signal source) has to actively convert digital to analog which consumes power and some image quality will be lost as well.

Bear in mind, higher resolutions will require more video bandwidth, and even cranking at 1080P over VGA can be taxing in older systems. On computers, most of the time the VGA port will be connected straight to your motherboard, so the signal source would be your CPU’s integrated graphics. It’s a good idea to look up the specifications of your integrated graphics to see what resolutions are supported over VGA.

Another problem with analog connections is the signal quality degrades over distance, so the end result might not be true HD quality. To counter this issue, use a short VGA cable. Besides those issues, VGA is also more prone than it’s digital counterparts, to encounter display issues such as dimness, interference, flickering, inaccurate colors, signal cut-outs, and more. Generally, connectors that support digital signals are much more reliable and accurate.

Overall, I would only recommend using VGA for secondary monitors or watching media that’s not a natively high resolution in the first place. For everyday use, especially gaming and Netflix, HDMI or DVI will provide the clearest and brightest images.

VGA can do 60Hz at 1080P but anything more than that is pushing the limits.

The maximum refresh rate depends on the signal source and your display. In most cases, you won’t be able to push 1080P at more than 60 Hz on VGA. While VGA has been rated at 85 Hz, it was on a very low resolution (800×600). You can some times get higher than 60 Hz on low resolutions, but most people will agree that’s not a good idea.

When it comes to VGA vs HDMI, HDMI is the clear winner for a number of reasons. The main reason is it uses digital signals, can support higher resolutions (and refresh rates), and can carry over high-quality audio too. Essentially, it’s an all-in-one cable, which makes it much more convenient than VGA. You can read more about that here.

To cut to the chase, DVI is a much better alternative to VGA because it uses a combination of digital and analog signals and supports much higher resolutions. When comparing image quality, DVI has much clearer and brighter images than VGA’s.

What it Comes Down To:

Most tech enthusiasts will agree that VGA doesn’t really have a place in modern technology. I still think using a VGA monitor as a secondary display at 1080P is a good idea if you’re on a budget. However, most HDMI monitors are budget-friendly too, and even if they cost a few more dollars, the upgrade is worth it. For true-gamers, I suggest using Display Port, but either of the modern connectors that use digital signals will work well. 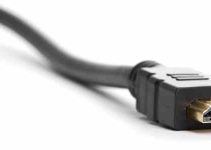 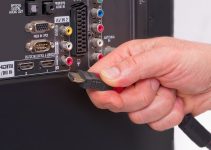