At CES 2021, LG and Samsung advertised their latest TVs with flagship technology, LG QNED, and Samsung’s NEO QLED. If you’re planning to buy a TV, you might be wondering which one is better?

Is there a significant difference in image quality? Or is it simply a marketing gimmick? If you never heard of these terms before, continue reading this article. I’ll give you a crash course on both the QNED and Neo QLED technologies.

What You Need to Know:

Every TV company has abbreviations for the technology used in their displays, which is why there are so many confusing terms out there.

What you need to know is both QNED and QLED are quite similar, as they use the same technology (Mini LED) to achieve the same goal. But there are a few key differences that can affect the image quality.

What is LG QNED?

LG QNED is a new display technology designed by LG that expands on their Quantum Dot displays by using Mini LEDs as the backlight. QNED TVs have tens of thousands of Mini LEDs that can create lots of dimming zones across the TV, making certain areas of the TV darker or brighter, depending on the scene.

QNED TVs have around 30,000 Mini LEDs with a 1,000,000:1 contrast ratio. Typically most LG displays are built with NanoCells, and QNED is a combination of NanoCell, Quantum Dot, and Mini LED technology.

What is Samsung NEO QLED?

Samsung’s new NEO QLED also uses Quantum Dots and Mini LEDs, it’s an improved version of their QLED technology. Samsung claims NEO QLED TVs use Mini LEDs that are 1/40th the size of previous models. Samsung’s NEO QLED TVs are coming to the market in 2021 and are a direct competitor to OLED displays.

Even though both LG QNED and Samsung’s NEO QLED  share similar technology, their not exactly the same. One notable difference is LG uses IPS panels while Samsung uses VA (Vertically Aligned) panels, as well as a few other variations in build design.

In short, both QNED and NEO QLED expand on their existing technology by adding Mini LEDs to the displays.

What is Mini LED?

However, TVs manufacturers are taking it to the next level by decreasing the size of the LEDs while also increasing the number. Mini LEDs are about 0.008 inches (0.2 mm) large and there are usually tens of thousands of them bunched together to create a backlight for displays. These tiny LEDs are often grouped into zones with the brightness being adjusted depending on the image.

For example, if you’re watching a movie where one side of the screen is bright, and the other is dark, the backlight can dynamically change on either side of the screen, so the colours appear much more vivid. The term is called “Local Dimming” and most modern TVs have some variation of it.

However, the new Mini LEDs are 1/40th the size of the usual LEDs and can create even more dimming zones.

Is Mini LED the Same as OLED?

You might be thinking Mini LED sounds similar to OLED but they’re actually very different technologies. With OLED, every pixel is its own light source, each one can turn on or off completely, which is the reason OLED’s darks are the deepest.

OLED TVs do not have a backlight. Mini LED TVs use tens of thousands of tiny LED lights as the backlight, and the brightness can dynamically change with thousands of dimming zones.

However,  OLED displays can provide more detail because each pixel is a light source. To put that into perspective, a 4K TV has a resolution of 3840 x 2160 which is a total of 8,294,400 pixels. OLED TVs can control the brightness and colour of each individual pixel, while Mini LED TVs are limited by the number of Mini LEDs (usually 30,000 or so).

Currently, displays with Mini LED tech offer a good contrast ratio and deep blacks, but the colour details on OLED are much better. On the other hand, TVs that use Mini LED are usually brighter than OLED TVs.

Mini LED and Micro LED is not the same. Micro LED is microscopic LEDs, measuring about 0.002 inches (0.05 mm)across. Micro LEDs are much smaller than Mini LEDs and are primarily used in small devices such as smartwatches and other gadgets. Currently, there are no TVs that use Micro LED displays, although that may change in the near future.

Getting back on the subject, let’s take a quick comparison at LG QNED vs Samsung’s NEO QLED TVs. For starters, both of these types of displays have similar features, for example, both offer 4K (even 8K), 120 Hz, HDMI 2.1, and other features. The main difference is the panels used.

On the other hand, Samsung’s NEO QLED TVs do not use IPS panels, mostly VA panels but sometimes ADS. These panels are not bad and are actually very similar to IPS, but there are a couple of points to consider. For example, VA panels offer good contrast ratios but narrow viewing angles.

On the other hand, IPS panels have better viewing angles but the colour across is not as good. The response time on VA panels is also worse than IPS panels. The upside is VA panels are cheaper than IPS panels, so NEO QLED series TVs are slightly cheaper than LG QNEDs. However, both IPS and VA panels offer similar brightness levels.

Another point to consider is the TV’s processor. If the TV doesn’t have a fast processor, it might not be able to process the high resolutions and visuals. Not to mention the many other features you should consider, such as HDMI ports, refresh rate, response time, network features, apps, and whatnot.

QNED vs NEO QLED Which is Better?

Ultimately, when it comes down to comparing QNED vs NEO QLED, it’s very difficult to say which is better, as each has pros and cons. Based on the specifications and features, the race is very close. It really boils down to your preferred panel type: QNED uses IPS or VA for NEO QLED.

However, if you’re after the absolute best colour quality, I suggest going with an OLED TV because OLED displays have much better contrast ratios and viewing angles, albeit with lower brightness when compared to QNED or QLED.

To summarize, QNED and NEO QLED are both next-gen displays and sit right below OLED on the best-picture charts. 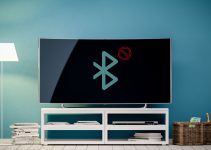 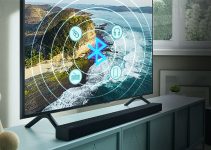 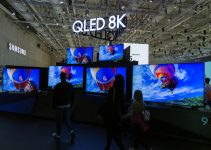 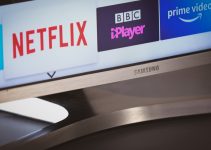 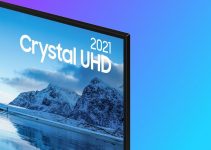