In the market for a new TV? Wondering which is the best mid-priced OLED of 2021? We’ve got you covered.

In a hurry? Here are the main things you need to know about both the Sony A8H OLED and the LG CX/C1 OLED.

Both the Sony A8H OLED and the LG CX/C1 OLED may use the same underlying panels (manufactured by LG display) but there are some notable differences between the two that you will want to take into consideration when looking to make a purchase. Both companies have different priorities in terms of processing and HDR.

Speaking of HDR, let’s touch on that first. LG tends to favour a warmer output, which makes the display image pop a little better but is more of a broad setting for everything you would want to do on your TV, be it movies, gaming, or streaming your favourite shows. The Sony A8H OLED is a little more controlled, therefore offers advanced motion smoothing for all aspects of the TV’s capabilities. Overall though, the difference is negligible, as it is unlikely to be noticed by the untrained eye.

Both of these TVs support Dolby Vision dynamic HDR standard, as well as hybrid log gamma, or HLG. However, neither of these support HDR10, which is the standard used for Amazon Prime TV, so if that’s something you’re looking for, you may want to consider other options such as a Panasonic or a Samsung TV.

The LG CX OLED also delivers Dolby Vision IQ, which is able to calibrate the picture on-screen in real-time depending on the level of ambient light in the room. Unfortunately, you will not get this with the Sony A8H, but you will get Netflix Calibrated Mode, which alters picture settings to match the ‘master monitor’ at Netflix HQ if that takes your fancy. We’re unsure whether this makes all that much of a difference in all honesty, as the standard picture modes will do the job just as well.

Now let’s move onto the more technical stuff: the processors. Both the Sony A8H and the LG CX/C1 use the most advanced processors in their brands, with LG sporting the a9 Gen 3 chip, and Sony using the X1 Ultimate Processor. Will you notice any difference between the two? Unlikely. Both are superb at what they do and therefore it’s hard to say which would be better.

The LG CX/C1 OLED boasts 2.2 channel speakers and a 40W output. This means you can get a fairly significant sound that exceeds expectations for standard built-in audio. The Sony A8H OLED on the other hand provides a 30W output, which is not insignificant but fails to stand up to the LG.

That being said, the Sony A8H offers something the LG CX does not; Acoustic Surface Audio. It is able to produce sound by using a mix of subwoofers and actuators, essentially vibrating the glass panel and using it as a driver. It’s interesting and a little quirky, but technical audio fans may get a little kick out of playing with it.

Both of these televisions support Dolby Atmos surround sound and HDMI eARC (used for transmitting HQ sound from the television to a soundbar.

Do you use Bluetooth in conjunction with your TVs? The LG provides 5.0 Bluetooth standard, whereas the Sony falls a little short at 4.2. For anyone that isn’t familiar with these terms, that means you will get better overall sound quality with the LG CX OLED.

As for gaming and HDMI connectivity, both TVs come with four HDMI ports, should you ever want to have multiple devices connected at once, be it soundbars, gaming consoles, or 4K Bluray players. However, only the LG CX/C1 OLED will have all four of them as HDMI 2.1 for 4K resolution.

This brings us to our final point on this topic. The Sony A8H OLED does not support 4K 120Hz at all, which is a major blow in our opinion, especially if you’re looking to be gaming with the latest consoles on the market; the Xbox Series X and the Sony PS5. It seems as if Sony have shot themselves in the foot with this decision, but perhaps they had their reasons.

So we’ve now seen the basics of both the Sony A8H OLED and the LG CX/C1 OLED, but perhaps you are still unsure as to which one is best suited to your needs. In this section we’ll take a look at the pros and the cons of both of these TVs, to make the decision a little easier for you.

So which one of these two TVs is better? Well, the answer is probably not what you were hoping for.

Both the Sony A8H OLED and the LG CX/C1 OLED are fantastic pieces of technology that will be better suited for different audiences. For example, if you are looking for new television connectivity for the latest gaming consoles and booming audio to boot, the LG CX/C1 is the clear winner by a long shot. But if you’re looking for an easier to use, less convoluted menus to navigate and Alexa compatibility, you’ll likely be more interested in the Sony A8H OLED.

Personally, we prefer the LG CX/C1 OLED, for the reason that it is more compatible with the future of tech than the Sony A8H. Better connectivity, better audio, and better Bluetooth mean it will be many years until you will be looking for your next upgrade. 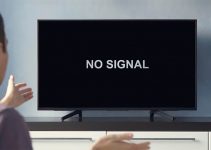 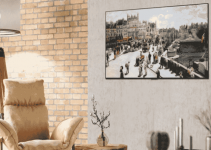 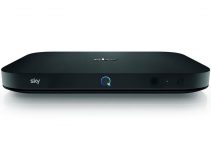 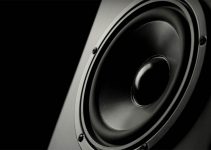 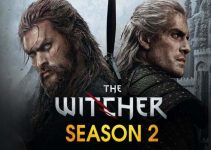 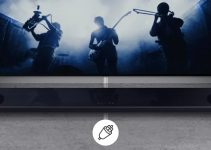