Is the TV brand new, but the picture appears strangely “soft” and manufactured? You’re experiencing the soap opera effect. Is there a way to turn it off? Let’s see if we can shed some light on this.

It is common for a new TV’s picture to leave an unsettling impression after purchasing. Actors and objects are clearly visible against the background – almost as if someone had literally glued them there.

The flow is also extremely smooth, with no stuttering at all. This is referred to as the soap opera effect. When it comes to high-quality TV series and movies, this is especially true. There’s a good reason for that…

The soap-opera effect is named after the typical look of daytime soap operas. Because the recording via video cameras is traditionally held at a low frame rate, which then corresponds to an insufficient number of images per second, the impression arises that the picture is already playing too slowly.

The reason for this are unique shots with strong perspective movements, for example when actors walk towards the camera. Here there may be so few individual images that it seems as if everything were fluid or moving in slow motion – even if it’s only 25 frames per second (25p) instead of 50 (50i). This effect is also called “hyperrealism”.

For TV viewers who are used to watching recorded material more quickly, however, this stuttering can be unnerving at first. For this reason, the manufacturers have increasingly been providing a motion smoothing or frame interpolation feature in their sets over the past few years. This is supposed to create a more fluid picture and make it look more like traditional cinema.

Smart TVs utilize post-processing algorithms to compute intermediate frames in order for video material to seem as if it has a higher frame rate. For example, rather of 24 complete frames, 60 full frames are generated through the use of smart TV technology, resulting in considerably less judder and smoother perceived motion sequences. As a result, the picture is generally much

This looks appealing at first, doesn’t it? And, in fact, it is quite handy. For example, during athletic events where you can follow fast-moving balls more easily this way. Of course, you won’t notice any difference when watching the eponymous soap operas and TV series that are made in the normal TV format. However, you will see the difference when you watch movies.

Motion smoothing should be disabled while watching movies because it can create an unnatural look, removing or “smoothing” away details and textures that make up the image. This is especially true for older films, as well as those shot on digital video cameras which already have a low frame rate.

The good news is that in almost all current and recent smart TVs, deactivation or reduction of the soap opera effect is simple and rapid. TV manufacturers, on the other hand, use different names for motion interpolation or Motion Smoothing, as it is also known.

However, this motion smoothing feature is usually activated by default in the TV’s settings, leading to a more even and fluid image – but at the expense of an artificial look. The soap opera effect is intensified and the natural stuttering eliminated. In some cases, this setting can even be used to smooth out fast camera movements that would otherwise cause discomfort or nausea.

How to turn off the soap opera effect

Possible terms for Motion Smoothing or Motion Interpolation include:

If you can’t find one of these names for your TV, you might find similar terms like “Frame”, “Motion” or “AI Image Enhancement” in the picture settings of the Smart TV.

In all cases, you will find the appropriate options in the picture settings of your TV. Under certain circumstances, the desired switches are also hidden in the “Advanced settings”. If in doubt, take a look at the manual.

Depending on the manufacturer, motion smoothing is enabled or disabled by default. TruMotion is always active in my 2020 Nanocell from LG, but there are quickly changeable modes via Magic Remote and the option to select the “Filmmaker Mode”. Motion Interpolation is always inactive in this mode because movie producers usually reject such “picture enhancers”. In the end, the TVs change the content in a way that is not desired by the director, for example.

When should I turn motion smoothing on or off?

If you sit in front of your TV and like what you see, don’t change anything. Today’s Smart TVs are high-end devices with countless functions, picture optimization and AI elements – I am often overwhelmed by the range of settings.

The situation is different when you have the feeling that something is wrong with what you see. The soap opera effect is often mainly responsible for “felt” ugly backdrops and quite kitschy scenes. Then I advise to turn off motion smoothing and thus the soap effect and compare. As a result, the image might look more choppy, but you’ll get used to that sooner than a soap opera-style action movie.

Photo by Glenn Carstens-Peters on Unsplash 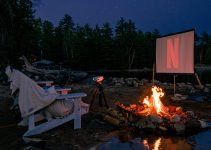