If you are shopping for a new TV, you have probably come across these terms and wonder which one is better. You might also see the 4K or HDR Dolby Vision label on movies streamed through Netflix, Disney+, Apple TV – but what does it all mean? Read further to find out more details about this topic!

Is HDR better than 4K?

HDR is more impactful visually than a standalone 4K resolution. 4K refers to the resolution while HDR refers to an enhancement to that resolution.

A video with a horizontal pixel length of 3840 is referred to as a 4k video. A High Dynamic Range (HDR) video has a high dynamic range. This implies that there is information in the picture’s brightest and darkest areas.

It’s neither necessary that HDR content will be in 4K, nor vice versa.

What 4K is about:

The term “resolution” refers to a feature called the resolution, the number of pixels (or tiny display bits) that make up a screen. The three most common resolutions are Standard Definition (SD), high definition (HD), and 4K.

4K is a misnomer. Companies enjoy the “4K” buzzword since it sounds more significant and better than standard HD, and 2160p appears to be a bigger number than 1080p. Isn’t it logical that a 4K TV should be four times better than a regular HDTV?

That is not the case, of course.

From five feet away, the difference between 1080p and 4K is not as significant as you may think:

There is no 4K effect when watching stuff that wasn’t originally shot in 4K. A 1080p program “upscaled” to 4K does not offer any more information than the original.

In terms of HDR, that’s not the same. HDR can incredibly enhance the picture and viewing experience.

Your TV screen will determine whether it can show pretty much all the details of a picture or just parts that you’ll miss every time. For example, HDR can enhance and show more detail than standard dynamic range (SDR) TVs when watching scenes with lots of dark areas.

HDR is a technology that takes ordinary picture quality to the next level, allowing you to bring back details and colour in dark areas. It’s all about boosting brightness without destroying the tonal balance of your image.

The contrast ratio of a TV improves when it is lit with HDR, which means that the brightest and darkest colours that the TV can display get higher contrast. It enables more delicate colour gradations between light and dark hues. The difference between images with and without HDR is readily apparent: the former has more clarity and contrast. There are several forms of HDR; one is meant for cameras, while the other is for displays. To replicate a more realistic photo, the contrast ratio and colour gamut of displays are increased, with the latter allowing for more saturated colours.

If you have an HDR-capable display, your TV can now make the most of it by displaying a broader colour palette. However, this isn’t always the case. WCG is another feature that’s sometimes included with HDR.

When watching 4K, HDR and WCG content, you can see a much more vibrant picture. Colours don’t look as muted in the scene, and objects have a greater depth to them that looks lifelike. It is not just something done for show, but it improves your viewing experience’s quality!

The big issue with HDR is the same as 4K: there isn’t enough content for it to be widely adopted. While that’s changing, Netflix and Amazon Prime Video are getting into this game too slowly- so far, only a few titles have been shot in native format.

What is the difference between HDR and Ultra HD 4K on Netflix?

If the content you’re watching is 4K only, it means that the format is 4K, but not HDR. For that reason, you won’t see significant differences in quality if your TV set is 4K-compatible but not HDR.

When it comes to shopping for a TV, there are several different types of HDR technology that you may see referenced. There’s some information about them under “HDR” on the back of any television model with this feature; if the marketing turns out to be more than you want or need, don’t worry too much! Any type can work well depending on your specific needs and expectations.

HDR10 is an open, free technology standard supported by all 4K TVs with HDR and UHD Blu-ray players. It’s also the most common high dynamic range format for video content in general.

Newer technologies such as HDR10+ also add dynamic metadata to produce a more vibrant and accurate picture. TVs support this technology from Hisense, Samsung, TCL, Vizio, and other streaming players like the Google Chromecast With Google TV or Roku devices.

4K Dolby Vision offers a better picture quality, mainly due to its dynamic metadata. However, both 4K Dolby Vision and 4K HDR (HDR10) are in essence the same technological standard.

One of the main reasons to use Dolby Vision is that it allows for dynamic content, which means the TV can change brightness on a scene-by-scene or frame-by-frame basis. The HDR10 format, on the other hand, restricts “static” data to fixed brightness levels throughout the film or show; it does not change those values.

Dolby Vision IQ and HDR10+ Adaptive are offshoots of their respective technologies that you can find on newer TVs. These features allow your TV to make minor adjustments based upon the room’s lighting conditions.

HDR Makes a Difference, not 4K

It’s not the resolution that matters; it’s the contrast. I said that before.

In a vacuum, you won’t be able to tell if an image is 4K or HD. If you enter a space and look at the display, you’ll have no idea. You’ll notice the difference if they’re next to each other. The image will be smoother at 4K. The distinctions between 4K and 1080p, on the other hand, are generally undetectable to our eyes, owing to the limits of our vision.

When you walk into a room with an HDR display on, the contrast will be immediately apparent. The colour gamut of your screen will extend wider, and colours are more accurate than before due to this technology is fully implemented at 1080p!

So, when selecting your next display, don’t worry about 4K UHD (for the time being) and make sure you’re looking for High Dynamic Range (HDR). 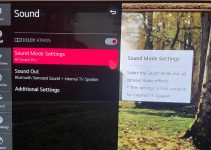 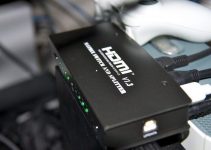 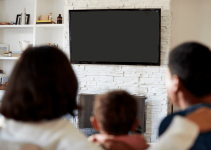 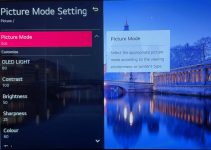