You have a problem. You have more than one TV, and you want to watch the same media on both of them. Do you need to buy another cable box? Do you need to run HDMI cables across your home?

While most modern homes have cable pathways through the walls, not all of them do. It can be a messy hassle to run cables across your home to the displays you want to connect. Is there any better solution?

Using a wireless HDMI transmitter is a very cool and modern way to connect multiple displays in your home. It’s very convenient and easy to set up as well.

It might sound rather complicated, but when you’re done reading this article, it will all make sense, and it won’t be long before you can watch the same media on any TV in your home, without pesky wires. You can take a look at our setup guide and FAQ section later on in this article.

One practical use would be to broadcast your Sky box from one TV to another one in your home, without having to buy a new box.

Now that you understand the basic idea, let’s look at some recommended HDMI wireless transmitters.

Most people assume that wireless HDMI technology is complicated and hard to use. The truth, however, is that it can be just as easy to use if you know what qualities are important in a sender. You should make sure the device has enough range for your needs; this depends on how far away from the TV or monitor you want to place your streaming device and any obstacles between them (such as walls).

The first consideration when buying a wireless HDMI transmitter/ receiver is whether or not it maintains the same quality of transmission over regular cables does so there’s no need to worry about interference with other electronic devices nearby such as WiFi routers which may cause lag time during playback (unless they have their own channel) signal strength also plays an important factor in the streaming quality.

There are two competing wireless HD formats: WirelessHD and WHDI. Systems that use both are currently available.

Companies that use it: Aside from Epson, other major TV manufacturers include LG, Panasonic, Samsung, and Sony.

Advantages: This technology displays full-resolution 1080p up to 60Hz and is uncompressed. It also supports a variety of resolutions, but most current products show only 1080p resolution.

Disadvantages: Requires line of sight in order to maintain the connection. Under normal circumstances, this transmission ought not to be interfered with by other wireless signals – but can easily be blocked through any physical obstruction. Whether it’s a wall, cabinet door, or your body (just kidding), if the transmitter is too far from the receiver even wireless high-definition won’t be able to work.

In a nutshell: WirelessHD is great for picture quality-uncompressed full HD, to be more precise. However, due to the way wireless signals work over distance, you’ll need to make sure that your transmitter and receiver can see each other in order for this data transfer method to function properly. If you stand in front of either one, you will temporarily lose the signal.

Companies that use it: LG, Samsung, Sony

Advantages: WirelessHD can’t work through walls, but WHDI can. It will do 1080p/60Hz no problem. The WHDI 2.0 standard supports 4K resolution, and there are several products on the market that claim they can support resolutions of up to 4K.

Disadvantages: Far fewer companies produce WHDI devices, and it seems to be that the trend is towards WirelessHD. There’s been no mention of 4K support recently. Higher frequencies such as the 5GHz range could interfere with some Wi-Fi standards.

In a nutshell: With the renewed push for wireless technologies in recent years, it’s been easy to forget about WHDI. However, this technology has withstood the test of time and is still superior to its competitors WirelessHD and Wi-Fi Direct because you can walk right through from transmitter or receiver without interruption.

In my opinion, one reason why WHDI hasn’t taken off like many thought was due largely in part by lack of support from industry giants who have decided instead that WirelessHD would be a better choice despite being less user-friendly than their competition – how misguided!

View prices on Amazon UK
Once again, the Moireouce HDMI senders are built with powerful antennas that can push the signal to quite some distance.

Speaking of the range, tests done in open space recorded an average of 100 meters. Overall, the range is great. The signal can also go through walls, depending on how thick they are. It uses the 2.4 and 5 GHz frequencies.

The box includes one transmitter, one receiver, two power adapters, two HDMI cables, 2 IR extender cables, and a user manual. In short, everything that you need.

It broadcasts the same resolution as the other products, 1080p at 60 HZ.

As you might have guessed, once again, the best feature is the range. Although the range is not quite far, it’s still quite impressive.

View prices on Amazon UK
While not the most aesthetically pleasing, the MEASY FHD HDMI sender packs a punch. This sender is particularly useful for large homes because it has a great range.

According to the specifications, the open area range is 200 meters, making it one of the most powerful HDMI senders we have reviewed so far.

The reason this product has a better range than the others on the list is that it uses 5.8GHZ Wii-fi instead of 5GHZ. The extra frequency makes a difference.

Although it’s not as popular as the other devices on our list, it gets the job done, and the range is great. Most customers are happy with their purchases.

The MEASY can transmit 1080P at 60hz. The most notable feature is the range, a 200-meter range is more than enough for your home.

On the other hand, the devices don’t look that great. They basically look like bricks with antennas.

What else to look for?

If you’re not sure how to use these devices, this section should clear some things up. The installation steps are the same across the board, with a few variations here and there. Overall, most of the HDMI transmitters are plug and play, no software required.

To start, find the HDMI transmitter. You can determine which device in the pair is the transmitter by looking at the ports on the rear. If it has an HDMI in and HDMI out, then it’s the transmitter. The receiver will only have HDMI in. Most of the products mentioned in this article include HDMI cables.

Next, plug the HDMI transmitter into the source via an HDMI cable. The source can be any signal, a PC, Blu-ray Player, Sky Box, etc. Make sure the device is switched on, and the power cable is plugged in. An LED light should indicate if the device is powered.

Now all you have to do is connect the receiver to the display that you want to transmit the signal to, which could be any HDMI-enabled TV or monitor. Plug the sender in, turn it on, and it should automatically pair with the transmitter and start carrying over the signal.

In most cases, the setup can be completed in a few minutes. Keep in mind, there is usually a slight delay, so it’s probably not the best system for competitive video games. For other activities, such as simply watching shows, the delay is too small to be noticeable.

Now that you know the basics of how to use these products, as well as our recommended list, let’s run through some frequently asked questions.

Can You Transmit an HDMI Signal from a TV to a Projector?

You might want to make a little viewing party in your garden or backyard. If your projector has HDMI ports, then you can definitely use an HDMI Wireless sender to transmit a signal from your TV or computer to a projector. Keep in mind, the devices do need a power supply, so you might have to run an extension cord outside.

Can An HDMI Sender Work Between Floors?

The answer is it depends. The more powerful 5 GHz frequencies can usually penetrate floors, but it’s not a guarantee. There are many factors that come into play, for example, the thickness and material of the floor, the layout of the home, and whatnot. It works for some people, but not for everyone.

I’m Getting Interference, What Could Be The Problem?

There could be a number of reasons. For example, the distance from the transmitter to the receiver, objects blocking the signal, other devices interfering with the signal, and many others.

Does WiFi or 3G Interfere with the Signal?

If you have 2.4 or 5ghz Wi-fi, there may be a chance the signal is interfering with the HDMI devices. However, it’s usually not enough to create a loss of image. It’s much like how there can be many Wi-fi networks in the same area. Usually, it’s not an issue. If you suspect it could be a problem, then we recommend moving the senders away from your router.

Can I use a Wireless HDMI Transmitter for Gaming?

Yes, any HDMI-compatible console will work with an HDMI transmitter. The limiting factor would not be the signal but your controllers (or mouse and keyboard). 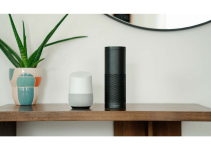 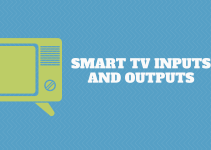 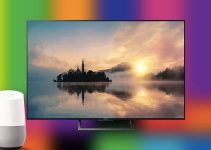 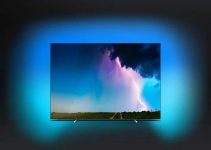