What is Illegal to Watch on the Internet in the UK?

In the UK, several categories fall under the ‘Illegal’ section of the government’s internet handbook. For example, using well-known, reputable brands such as Sky, Netflix, Disney, and others are all fine if you pay for your subscription. Sites that allow you to watch the same movies, and shows for free – are likely pirate-inspired sites that can land you in trouble for streaming from them.

Unauthorized media content, in short, is content that is shared online without the original creator’s (be it, content creation or owner of the material) permission or approval, and in some cases is also referred to as “Not allowed”.

Unauthorized content in the UK consists of a few categories that you may need to be aware of; these include child pornography, bestiality, necrophilia, abuse, and assault. These categories are deemed some of the worst and may infect some people to want to try these acts, which the government will not allow.

This list is not the full list, however, in some cases, there may be some sensitive topics such as self-harm, discriminatory content, and drug usage that may be entirely, or partially blocked depending on the level of offence that could be taken from this.

Is it Illegal to watch Pornography?

Something to note from this is that social media sites such as Twitter, Snapchat, or Reddit do not apply to this legislation and only sites that specifically are used for 18+ rated content. You can find out more about this in the Digital Economy Act, here.

Online streaming that isn’t on a service such as Netflix, Sky, Disney, or any other major streaming service is usually illegal. For example, streaming pirated films, tv programs, and sports is a crime.

Not only this, but streaming can also lead to several other issues you may have to deal with. This includes getting viruses, your personal information sold, hacked, and even money stolen from your accounts. These are all common when using online, illegal streaming services.

Ilegal Streaming includes watching pirated videos, tv shows, sports (that are pay-to-view), all without the original creator, or copyright holder’s permission. This isn’t limited to using a laptop, phone, or PC over the internet, and can cover pre-loaded, or set-top boxes too. We have a smaller section regarding this.

In short, if you are watching or streaming free content, that should be paid for, then there is a very good chance that you are streaming this illegally.

Can you get arrested?

Depending on what you do, you may be liable to be arrested for performing illegal online activities. For the most part, people who stream or watch pirated movies on the internet are liable for fines, and not necessarily for prison time.

On the flip side, if you start to stream the pirated movie to other people, maybe liable for jail time should you ever be caught streaming to other users, as you are the source of the problem so are liable to be punished worse, with jail time, or larger fines.

If you watch illegal films, such as pornography with underage performers, then you may also be liable for jail time. This again, is all dependent on what you are doing, if you knew so, and many other factors that are specific for your case.

All in all, if you watch illegal movies, albeit pirated movies or adult movies with underage performers, then you may be liable for fines, or jail time depending on how severe the case against you is. Piracy is a crime, and you should always be careful when dealing with these kinds of sites.

Is it illegal to watch on Pre-loaded Set-Top Boxes?

Set-top boxes are some of the most commonly used film/tv program devices for TVs that are no longer smart, or older than the latest TVs. With that being said, when unmodified, a lot of these devices are fine to use as you may have to pay for a subscription to watch films or shows on them.

If you get a pre-loaded or set-top box that has been modified, to allow you to view content that would be otherwise free, then you are then breaking the law, as these videos and shows are usually all pirated.

A more commonly known device is the fully-loaded Kodi box that people can buy for less than £100, and get access to their favourite shows, films, and sports all for one upfront payment with the box. Whilst this seems good, not only is it illegal, but can also land you a hefty fine, and even jail time.

Is Sharing accounts on Netflix, Sky, and Disney+ allowed?

For the most part, sharing your account on these subscription services is allowed, but only if you pay for it. Services such as Netflix, Sky, Disney+, and even Youtube allow for account sharing, but you need to pay for such an upgrade.

In some cases however though, like AppleTV, Disney, Netflix, and Sky all make notes that you’re ok to download the apps onto several devices. This usually means that you can download and install the apps on other devices to stream. This is dependent on the service your using, but for the most part – these sites are ok to share accounts with your close family and or friends.

If you do end up sharing your account with a friend or family member, a lot of these sites have specific terms of service, allowing you, or preventing you from doing so. This could result in the loss of your account, loss of subscription, or in some cases, you may be asked to pay for the service, but this doesn’t happen very often. 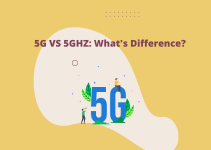 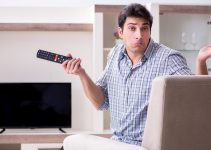 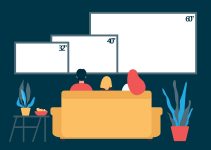 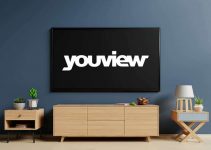 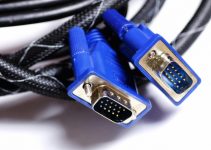 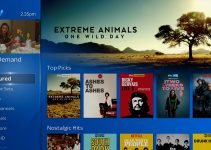