After playing around with Sky Go, I found some tricks that might help solve your problem. Is casting Sky Go to Chromecast available in all regions? Are there any alternative casting options?

There’s some confusion around Sky Go and Chromecast, which we’re going to clear up in this article. People are saying Sky Go doesn’t work with Chromecast while others say it works just fine, who is correct? The answer is both are correct.

Can You Can Sky Go to Chromecast?

You can only cast Sky Go to Chromecast in New Zealand, using the latest version of the Sky Go app with a Chromecast Generation 3 or Ultra. Currently casting to Chromecast is not available in the UK and other regions.

Casting Sky Go to Chromecast in the UK

In the UK, casting Sky Go to Chromecast is currently not officially supported. You won’t see a casting icon in the app if you’re in that region. Nevertheless, one option that seems to work is the screen-mirroring mode on the Chromecast.

Keep in mind that screen-mirroring Sky Go is not guaranteed to work, it depends on a number of factors, but it’s worth a shot. One trick is to load the Sky Go app on your phone and then rotate it sideways, into landscape mode, which will make the mirrored content on the TV fullscreen.

Like that, you can watch Sky Go on your Chromecast, even in regions where it’s not officially supported. Here are the steps to screen-mirror Sky Go to a Chromecast:

Now, as mentioned earlier, you might run into issues trying to screen-mirror Sky Go to Chromecast, especially from a mobile device.

One common error is “External Display Output is Blocked” which is a form of copyright protection by Sky Go. If you run into that error, you probably won’t be able to mirror Sky Go content on a Chromecast.

Remember, screen-mirroring is like streaming your phone’s screen over the local area network. So you can expect to run into all kinds of issues like lags, poor image quality, and low frame rates. Most of the time, it won’t even let you connect.

While the latest version of the Sky Go app officially supports casting to Chromecast, the problem is the app is only available in New Zealand. Inside New Zealand, casting can be done in a couple of taps, with no problems. The feature also seems to work in Australia.

Sky Go is compatible with the following casting services:

You can find more information here. Unfortunately, for other regions where casting is not officially supported, such as the UK, it’s a bit more complicated. However, there are some alternative options you can consider.

Can You Cast a Sky Go Chrome Tab to Chromecast?

Sky Go does not allow you to cast from a Chrome browser tab to a Chromecast or any other casting device. In fact, in-browser media won’t even play on Chrome, you’ll need to use Firefox, or the app which is available to download on PC, mobile phones, and consoles.

Even in regions where casting is supported, casting via a Chrome browser tab is not allowed, casting has to be done through their official app.

Once you could watch the web-version of Sky Go through the Google Chrome web browser but now it longer works. Bear in mind, this may change in the future, so it doesn’t hurt to double-check.

The reason Sky Go doesn’t work with Google Chrome is that Google Chrome no longer supports the software that Sky Go uses which is Microsoft Silverlight. Chrome moved to HTML 5 for multimedia.

Firefox is the next best option to watch in-browser content from Sky Go. It doesn’t seem like Sky Go will change their software any time soon.

Use a VPN to Change Region:

Another idea would be to use a VPN to change the region of your device to one where Sky Go supports casting to Chromecast, such as New Zealand or Australia.

The VPN solution is a little tricky and unreliable because not all VPNs can unblock Sky Go and you can run into other compatibility problems, so we won’t be discussing it in too much detail. It’s still something that you can consider.

Sky Go seems to do everything possible to discourage casting which is a letdown. If you can’t seem to get any casting features working with Sky Go, the next option would be to try a wired connection. I understand connecting wires is a hassle, but I have some ideas that can help make things easier for you.

Sky Go on Laptop to TV Using an HDMI Cable:

The most obvious solution would be to connect your laptop to your TV through an HDMI cable and then open the Sky Go program to watch your shows. It’s not the best solution, but it will have to do, at least until Sky Go improves Chromecast functionality.

It seems like Sky Go does not want people sending media to external screens. Some people mention they can watch it briefly and then they receive a grey-screen. The reason for this is not made abundantly clear, but it seems like the Sky Go app only works best on desktop PCs or gaming consoles. The solution would be to try on a different device.

Remote Desktop from PC to Laptop

Here’s one idea that is a little complicated and the performance won’t be very good but it’s worth a shot. Since the Sky Go app works best on desktop computers, what you can do is install Chrome Remote Desktop on your PC.

Next, connect your laptop (or phone) to your TV, open Chrome Remote Desktop, and you should see your PC’s screen. Open the Sky Go app remotely on your PC and you’ll probably be able to watch some shows like this. The problem is Chrome Remote Desktop suffers from frame rate drops, it depends on how fast your internet connection is. It’s something to try, anyway.

Phone to TV via USB-C to HDMI Adapter

Another option would be to connect your phone directly to your TV using a USB-C to HDMI adapter. You can do this with tablets too, they can make decent media stations for TVs since they’re portable and easy to use.

From there, simply open the Sky Go app, and it should work with no problems. Most phones can output video signals when connected to an adapter, and the newer Samsung phones can use Samsung Dex too. If you can’t cast from the app, chances are you won’t be able to use a wired output, either.

Try a Windows to Android Emulator for Laptop

Another method you could try is using an Android to PC emulator, such as BlueStacks, download the Sky Go app on there, and then try the casting feature. I can’t confirm it works, but in theory, it should. It might work better if your computer is connected to the router via Wi-fi or a network cable.

Watching Sky Go on an Xbox

Another option is to watch Sky Go on your Xbox. The app name has been changed to “TV from Sky” and it’s free. If you have an Xbox connected to your TV, this would be the best option. Sky Go works on other consoles too, including Playstation 4 and 5.

While Sky Go doesn’t play well with casting sticks, you can still use them with other services, like Netflix or Prime, that do support casting to other screens. Here are some casting sticks that work great with those media platforms:

Amazon’s Fire Stick is a very useful casting stick. It supports the major media platforms; YouTube, Prime, Apple TV, Disney+, Netflix, and many others. You can also control them via Alexa and sideload all kinds of apps.

Note: You can sideload Sky Go on the Firestick, but it’s a little tricky and involves installing third-party apps on your Amazon device. If you allow installations from unknown apps, you can manually download and install Sky Go. In most cases, when you open a side-loaded version of Sky Go it will simply crash on launch.

2 – Use a Gaming Console

As mentioned earlier, Sky Go works best with gaming consoles or desktop PCs. The good news is it not only works with Xbox One but also Playstation 5. The app is called the same in both these stores, it’s called “TV from Sky” and it should work perfectly. I guess that’s one more reason to buy a console.

Bear in mind, the methods mentioned in this article aren’t set in stone and can change based on software updates. While these work for some people, they’re not guaranteed to work, and you should try out several methods to see what works for you. In most cases, with a bit of creativity, it’s possible to get Sky Go to work with Chromecast, even when outside of New Zealand. 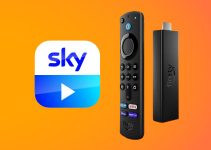 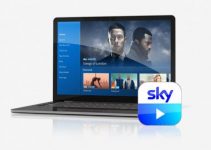 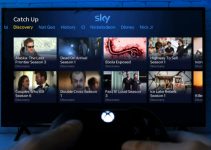 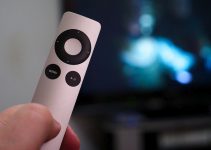 6 thoughts on “Sky Go to Chromecast: Is It Possible?”