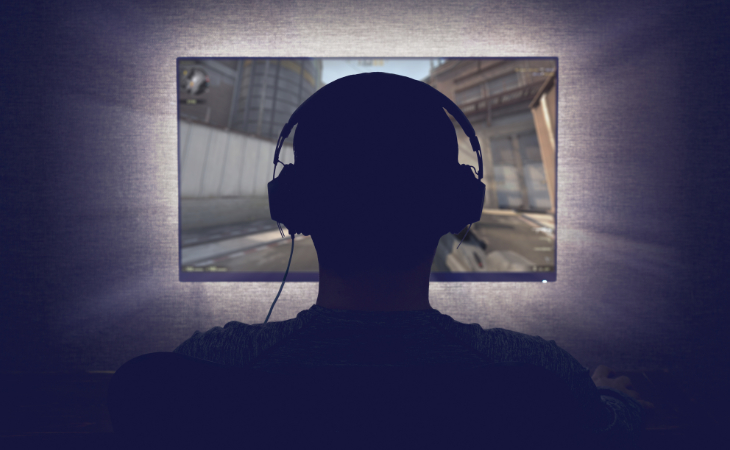 When it comes to buying a new monitor, figuring out which resolution is best for your system can be difficult. There are very specific resolutions, and then there are generic marketing terms such as 2K, 4K, and whatnot.

To further complicate things, there’s the “Ps” such as 720P, 1080P, 1440P, and others. And then there are the terms like Full HD, Quad HD, and Ultra HD. It can all be very overwhelming for the average consumer. Where do you start?

I was struggling with the same issue, so I did some research, and I thought I would help clear up some of the misconceptions about display resolutions in this article.

As you can see, there’s no real set-in-stone rule for these terms, and they were mainly coined for marketing purposes. It’s an easier way to advertise displays. The “K” term is relatively new and borrowed from the cinema industry. Interestingly enough, there is no “3K” resolution.

Most displays can support a wide range of resolutions, in various aspect ratios, which would be overly complicated to market. So that’s one reason terms like 2K, 1440P, and whatnot, became mainstream, and they more or less, represent a range of possible resolutions, or a maximum resolution.

If you’re buying a new display, I suggest looking at the specific resolution, instead of the marketing terms like 2K, 1440P, Ultra HD, and whatnot. Those can be used to describe all kinds of resolutions that might not be what you want. It’s best to check the exact supported resolution of the product.

That mostly depends on your system, budget, and your goals. I personally think it’s a good idea to get a 1440p monitor over 1080p because everything will be much clearer.

Making the jump from 1080p to a 1440p is a major improvement in visuals, which not only applies to games but also regular office work.

When it comes to games, especially on PC, recent graphics cards can easily run games at 1440p with a steady 60 or more frames a second. The result is almost two times the clarity of 1080p which is very noticeable.

But even if you don’t have a system that can run games at 1440p at a stable frame rate, you can always keep the monitor, until you upgrade hardware, and then can use it to its full potential.

The choice can be difficult because one can offer better performance in competitive games while the other offers better visuals and more clarity but fewer frames per second.Good arguments can be made for either option. Ultimately, it comes down to your preferences and budget.

For example, if you play a lot of competitive first-person shooter games, making the upgrade from 60 Hz to 144 Hz can dramatically improve your reaction time and performance. The reason for that is you see in-game content much quicker, and everything feels smoother because more images appear on your screen.

On the other hand, 1440p at 60 Hz doesn’t provide the smoother experience, but it does improve visuals, and there will be fewer pixels on your screen. The environments in games will look much more life-like and detailed. Unfortunately, 1440p monitors with high refresh rates are very expensive, although that is an option, if you have the budget.

If your hardware can support it, 1440p is worth it, especially with a 27 inch panel. It’s a good middle ground between 1080P and 4K, and most modern graphics cards can handle 1440p with no problems.

I recommend 1440p monitors for people who don’t play competitive games, preferring single-player games for visuals. The resolution offers a 70% improvement on pixel density when compared to 1080P. Of course, you need to make sure your graphics card can handle games at that resolution.

What is The Best Resolution for Gaming?

Even graphics cards designed in the last five or so years can handle 1440p at 60 frames a second. Granted, you might not be able to max out all the graphical settings, and it varies depending on the title, but with a few tweaks, most games will run fine.

Jumping from 1080P to 1440P is sometimes less demanding than enabling ray-tracing on newer titles. The cards released in the last year or two will run almost every game on ultra settings at 1440p with more than 60 frames a second. It’s the sweet spot for PC gamers.

If you’re planning to buy a 1440p monitor, you might be wondering if it will work with the next generation of gaming consoles too.

Currently, Xbox Series X will support 1440p, with a maximum of 4K at 60 frames a second. In fact, the marketing claims the console can reach 120 frames a second, which is still to be seen. Either way, you can rest assured that playing Xbox Series X on your 1440p monitor will look incredible.

PS5 on the other hand has yet to confirm if it can support 1440P. There were rumors a couple of months ago, BenQ released an article claiming it does support that resolution, but that article has been taken down. We have to wait and see. But we do know the goal of the PS5 is to reach 4K at 60 FPS.

Overall, if you’re looking to buy a monitor, I recommend taking a look at the 1440P models with 120 Hz or more. They can be a bit expensive, but it’s well worth the investment, and you can at least use it with the new Xbox (and hopefully PS5) too.