In this post, I’m going to explain, add some clarity on that. If you’re in the market for a new TV (or even just trying out which one has better pictures) then hopefully these articles shed light on all your questions about different terminology such as “High Dynamic Range” or “HDR10 PRO”.

What is HDR (High Dynamic Range)

The first thing to note is that, if you’re not familiar with HDR (High Dynamic Range), it’s a technology that takes advantage of today’s TV displays’ brightness capabilities to produce material with higher color fidelity and contrast.

The dynamic range measures the contrast between the darkest and brightest points that a screen can show. As a result, the greater this value, the greater the screen contrast of the TV in question.

However, HDR has a far higher nit value compared to the most common TVs, which can only display SDR (Standard Dynamic Range). It also has an extensive range of color temperature settings that allow better contrast and clarity in low-light conditions. The contrast between the light and dark colors will result in higher image quality, as HDR will enhance color fidelity.

There are several types of HDR standards on the market, which appear to be quite similar. However, the minor variations provide specific benefits or drawbacks that you must consider while purchasing a new TV. A Blu-ray movie, for example, can support one standard (or more) but not others. For streaming 4K content, both Netflix and Disney+ have opted for a distinct HDR type.

What exactly is HDR Pro?

HDR Pro is the LG marketing terminology for referring to HDR10 support. Simple as that! While Super HDR-designated TVs can also play both HDR10 and Dolby Vision.

It may be beneficial to break down what these terms imply for you, so here’s a quick rundown:

Dolby Vision is the most advanced HDR system on today’s market. It supports a theoretical standard brightness of 10,000 nits, making it capable of 12-bit color depth and incredible picture quality, making it the highest quality HDR on the market today.

However, all of this power comes at a cost! Dolby has a licensing charge for the use of its technology, which is almost always passed on to the ultimate consumer.

On the other side, because HDR10 uses fixed metadata to communicate brightness data, it isn’t very “dynamic” in nature, resulting in good image quality yet suboptimal. In darker scenes, colors become oversaturated, but in Dolby Vision, the metadata is dynamic, so the brightness changes to match what’s on the screen.

However, unlike Dolby Vision, HDR10 is freely available and open-source, and any brand may utilize it.

However, for calculating brightness, it disregards metadata, allowing the screen to make the decision. It’s interesting to note that it works on SDR displays.

However, on more recent TVs (after 2018 models), as stated earlier, LG no longer employs the phrase HDR Pro to describe HDR 10 Pro or HLG Pro; a number of the specifics of the technologies discussed above have been removed. (HLG does not utilize metadata; meanwhile, HDR 10 may or may not)

Interestingly, LG’s algorithm almost always dismisses data to basically ‘guess’ the best solution depending on what’s going on on the screen.

What about Cinema HDR?
Cinema HDR is LG’s term to say that it includes support for four different types of high-dynamic-range (HDR) standards, including Dolby Vision and HLG.

LG is a well-established and reputable manufacturer of TVs. Their commitment to innovation, particularly HDR technology, has made them the go-to brand for many consumers when they’re buying their next TV set. However, what you might not know about LG is that all marketing materials are designed to push sales and don’t necessarily reflect true specifications or performance capabilities when it comes down to viewing video content on your new purchase. The best way to make sure you’re getting the most out of your investment is by researching before making any purchases – even if it’s from an established company like LG! That said, we hope this blog post was helpful as you search for the perfect TV set that meets both budget and requirements. 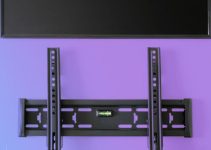 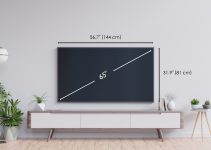 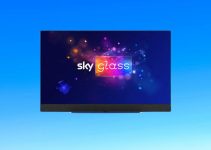 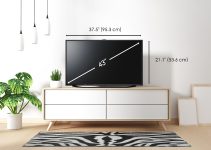 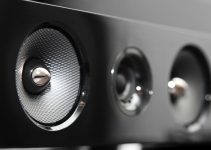