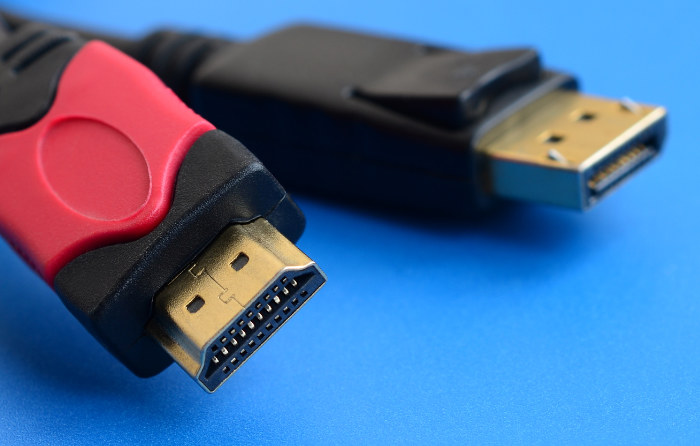 Although the HDMI and DisplayPort have similar uses, they were designed under different circumstances. Although both devices send digital video in high definition from a device of origin to a monitor, there are some differences between them that you should know about before making your purchase decision:

HDMI is primarily for TVs whereas DisplayPort can be used on any type of screen including monitors and projectors. In order words, an HDMI cable will only work with one TV while display port cables may offer several options like being compatible with PC’s or laptops too as well as other types of screens such as CRT (Cathode Ray Tube) or LCD/LEDs (Liquid Crystal Displays).

HDMI was introduced in 2003 by a consortium of (mainly) monitor manufacturers, including Sony, Philips, Panasonic and Toshiba. These are large corporations primarily focused on applications based around images which is why HDMI has become the standard most commonly found in devices such as TVs, projectors and household computers

There were some rough patches in the early 2000s. A group of companies, for instance, came together to create DisplayPort (DP), a follow-up to older standards such as VGA and DVI. DP’s focus was on computer monitors and professional video equipment—as opposed to households.

HDMI connectors come in a variety of shapes and sizes, with three common varieties: Type A (used mainly for TVs, projectors, and laptops), Type C (mini-HDMI often found on tablets and some laptops) or Type D (micro-HDMI for tablets or smartphones).

The (29-pin) Type B connector is intended for double connectivity applications, while Type E has a grip to prevent cable vibration during automotive applications. The HDMI connectors typically rely on friction to keep it plugged in; though sometimes they are also equipped with locking mechanisms to avoid disconnection. These locking mechanisms are much more common among DisplayPort solutions.

When designing the DisplayPort connector, a decision was made to reduce the interface from 40 pins to 20. Two sizes were created: Standard and Miniature (a version developed by Apple). The latter is comparable only in size with Thunderbolt.

Despite the common tendency for ordinary DisplayPort connectors to have a locking mechanism to avoid accidental disconnection, this feature is not required by the standard.

Differences between Displayport and HDMI: resolution and bandwidth

HDMI and DisplayPort are not necessarily interchangeable, even though they both create a connection between your entertainment system and your monitor.

As new versions of the standards come out every few years, newer standards tend to have minor improvements over their previous iterations. This means that it may make sense for manufacturers to include an 8K-capable version in a standard HD screen that’s only used at 1080p, since it uses the same port as its predecessors; however, this would also mean you are paying for something you can’t use.

The most popular version (for modern video wall monitors), DisplayPort 1.2, supports video resolutions up to 3840 by 2160 pixels and a refresh rate of 60 Hz. The official term for this resolution is UHD, but 4K is also frequently used (though in the film industry that would imply 4096 x 2160). It also supports all common 3D formats. Out of the wide range of DisplayPort connections, DP 1.2 offers a maximum bandwidth of 17.28 Gbps but with newer versions such as 1.4 that support 5120 x 2800 at 60 Hz this is becoming increasingly popular and should not be overlooked.

An HDMI 2.1, the newest version as of 2017 is capable to handle 4K video at 12 Hz with a bandwidth of 48 Gbps. The newer versions are more important than comparing DisplayPort and HDMI because they will be able to produce a high-resolution video that can take advantage of all your devices’ capabilities in both audio and visual quality without any delay or lag time while still being affordable for most consumers.

While HDMI 2.1 has been released which supports 4K video at 120Hz or 8K videos at 60Hz, DisplayPort 2.0 which can support a resolution of 10240 x 4320 and an impressive bandwidth capacity of 77,4 Gbps is also available but there are currently no products using that standard in the market today.

DisplayPort and HDMI both share the same audio outputs.

The primary difference is that HDMI supports up to eight digital audio channels at 24-bit/192 kHz. In addition, the work using an Audio Return Channel since HDMI carries both video and audio data over a single cable, it can also send sound back to your TV. Sound output from TV’s with a built-in transponder can be routed digitally to the TV speakers or a home theatre sound system. This is only of use for viewing digital broadcasts on smart TVs and not generally common in professional AV environments.

HDMI and DisplayPort both support up to 8 digital audio channels at 24-bit/192kHz. The only difference is that HDMI features an audio return channel, which means you can not only send sound from the source device (usually your AV receiver) to your television set but also have it flow in the opposite direction if needed when watching Netflix on a smart TV or using another broadcasting service.

DisplayPort vs HDMI: Length of cable

There are many different HDMI standards in the marketplace, and not all “high-speed” cables are able to meet the quality requirements. Bad cables cause problems such as artifacts and glitches.

HDMI really doesn’t have a maximum cable length–instead, it describes the performances spec at which the cable length can be derived. HDMI cables are usually quite short. The monitor and TV/projector are seldom more than two meters apart in configurations of TVs or projectors. When signals need to travel longer distances, an amplifier or active cable is necessary. HDMI signals can also be transmitted through CAT 5 or 6 cables (up to 50 meters), coaxial cables (up to 90 meters) or fibre optic connectors (more than 100 meters).

DisplayPort transmits data rates up to 4k resolution at 2 meters. If you need a cable that can transmit from 15 meters, the maximum resolution will be 1080p as per specification – though many tests have shown that even higher resolutions are possible with DisplayPort. One advantage of DisplayPort cables is that they can transmit high resolutions for substantially longer distances than HDMI. One downside of DP is that the cables cannot transfer an Ethernet signal, nor does it send back audio signals in a feedback loop. One major difference between DP and VGA, and even more so with HDMI, is that there are many adapters to be used to display on multiple outputs—not just monitors, but also projectors and HDTVs.

DisplayPort has an interesting feature which is that it can control many monitors at once. A single connection on DisplayPort can manage up to 4 monitors with a resolution of 1920×1200. This makes sense for professionals who usually work in wall of video where they only need one cord between the controller and the video wall to drive 4 (or even 6) monitors.

Although the purpose of HDMI and DisplayPort is similar around 90%, there are a number of differences.

O HDMI supports an Audio Return Channel (ARC), making it possible to send sound from the monitor to the source – which can be helpful when using a smart TV.

When choosing a cable for your multi-screen setup, DisplayPort may prove to be the better option.

There are few differences in the quality of an image when it comes to HDMI and DP. The more recent the version, the higher band width (maximum resolution) e can be supported. Actually, verifying only that a format is HDMI or DP is not enough – you need to check which version it is as well! Be sure also ensure that the cable supports both resolution and maximum bandwidth. 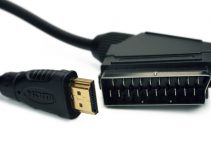 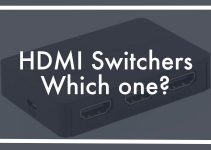 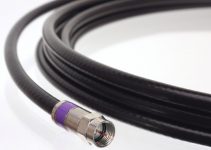