So you plugged in a DVI device and you’re wondering why the sound is not working. I ran into the same issue, and after digging through lots of misinformation, I found some handy solutions that will help you.

The answer is maybe. The solution depends on what type of DVI port you’re working with. If you’re working with an analog signal, then you’ll need an active adapter. If it’s digital, then a regular physical adapter should be enough.

Although DVI was not designed for audio, some graphics card manufacturers created a way to bypass the restrictions, so they can carry over video and audio signals. We’ll run through the exact steps needed to carry over DVI audio in the next section.

You might have an older laptop or PC that only has DVI outputs, and you’re wondering how to connect DVI to a TV with audio. Or maybe you ran out of free HDMI ports, and only DVI ports are left. What can you do?

How to Get Audio Working from DVI

To start, you’ll want to determine the type of DVI your device uses. Unlike HDMI, DVI ports are not backward compatible, and there are three versions, with three physical ports: DVI-I, DVI-A, and DVI-D.

Take a look at this chart: 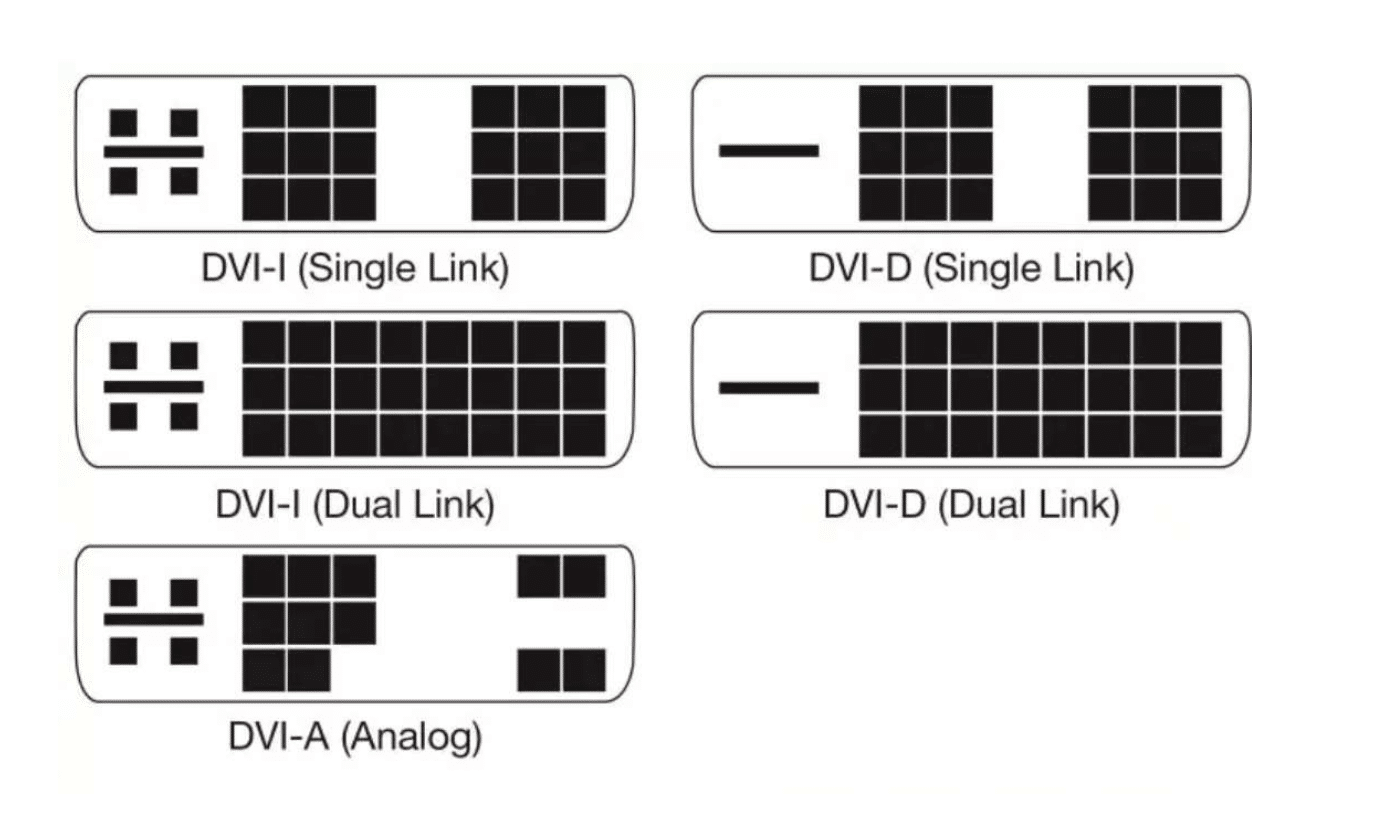 The first two versions (DVI-I and DVI-A) use analog signals, which most modern GPUS are not compatible with, even with the help of an adapter. In this case, you’ll need an active DVI to HDMI adapter.

DVI-D, the most common type of DVI, uses digital signals, similar to HDMI, so the audio can work with the help of a simple physical adapter. Understanding what type of DVI port you’re working with is the first step to figuring out a way to carry over audio. An easy way to think of this is the D in DVI-D is for “Digital”, that’s the easier port to work with.

Use a DVI-D to HDMI Cable

The best way to get audio working with DVI-D is via simple DVI to HDMI cable. These are more convenient because you don’t need to deal with converters that require external power and even more cables. DVI to HDMI cables should be able to carryover sound, although it depends on the capabilities of your device.

There’s one issue you need to be aware of though, computers with old graphics cards might not support this feature. Most modern GPUs should work though (at least, ones made in the last decade). For example, Geforce and Radeon’s modern cards support audio over DVI.

Use a DVI to HDMI Adapter or Converter

A simple physical adapter for DVI-D to HDMI should work but if you have another version of DVI (not DVI-D) then you’ll need an adapter with an external power source, also known as an active adapter. These are called active DVI to HDMI adapters.

For example, a DVI-I to HDMI active adapter should be able to carry over audio from DVI to your TV or another display. The main downside is the signal isn’t usually the best, and you’ll need an electrical outlet for the external power.

DVI with External Cables for Audio (Aux or RCA)

Now, let’s say that you want to plug your PC (that has a DVI port) into a DVI port on a TV or monitor and send audio from your PC to the TV.

What you’ll need is a DVI cable to connect the devices and then a male to male aux cable. Insert one end of the aux cable into your PC and the other end into the TV, and you should be able to send the audio over. You might have to adjust some sound settings though. Another method would be to use a 3.5mm to RCA for audio.

Using an external audio cable is probably the simplest and most reliable option. I noticed some people use this method to connect their PS3 to DVI only monitors.

What if Your Graphics Card Does Not Support DVI Audio?

If you have an older graphics card, such as the GT Geforce series, then to get DVI audio working you’ll need an active DVI to HDMI adapter. Active here means you’ll need an adapter that has external power to aid with the conversion.

In the case of other devices, such as Bluray players, consoles, or others, you’ll need to refer to the specific product manual to determine if it can support DVI audio. It can be challenging to figure out if your device supports the feature because it’s not heavily marketed, it’s more of an internal feature. I suggest buying a simple DVI to HDMI adapter to test, they usually only cost a few dollars, so it’s worth trying out.