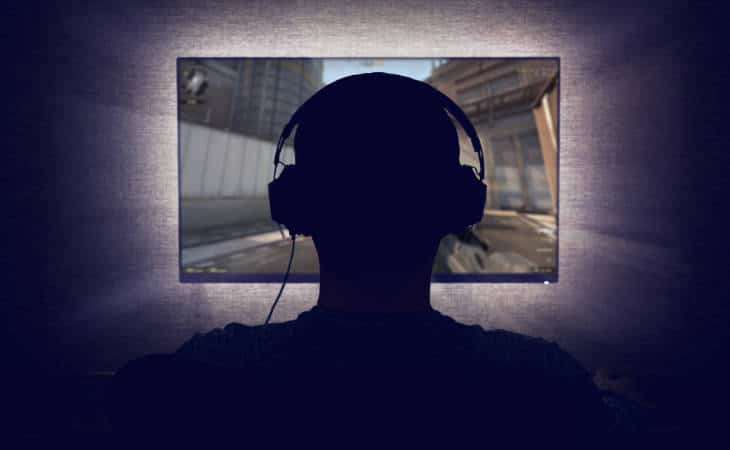 So you bought a PS5 and you’re looking for the best 3D audio and surround sound gaming headsets to use with it. There are quite a few options out there!

Using a headset provides a number of benefits. For one, surround sound audio is much more immersive than TV audio, which is usually stereo. Secondly, a headset allows you to communicate with team members in multiplayer games. It also keeps you alive longer in games because you can hear enemy footsteps more clearly. No more creeping up on you!

What You Need to Know:

Like the PS4 Dualshock, the PS5 Dualsense controller has a 3.5mm jack for headphones, so you can plug in almost any pair of headphones and they should work. The downside is you won’t get the maximum 3D audio features.

The PS5 Dual Sense controller also has a built-in microphone, so you don’t necessarily need a headset with a microphone, unless you really want better voice chat quality, for recordings and whatnot. Some headsets connect via a wireless USB dongle that is plugged into your PS5.

But what are the best PS5 gaming headsets? With these headsets, single-player games will be much more immersive and cinematic, and you’ll also be able to voice chat in multiplayer games with decent microphone quality.

Whenever people talk about headsets for the PS5, the Pulse 3D is the first mentioned, and for a good reason. For starters, the Pulse 3D headset was specifically designed for PS5 and it was released during the launch of the console. It’s an official PS5 accessory.

At first glance, it looks like an ordinary pair of over-ear headphones, but there are a lot of great built-in features. For starters, it has two built-in, noise-cancelling microphones. These microphones don’t stick out from the headset, in front of your mouth, as you might expect.

Instead, there’s one microphone on each ear, built-in and hidden. Surprisingly, the microphone quality is very good, almost as good as a dedicated microphone. It’s perfect for games that require voice communication. On that note, it has a convenient mute button for the microphone with a red light indicating it’s off.

Besides that, the headset is wireless, but not in the way that you might expect. The Pulse 3D wireless headset does not use Bluetooth. Instead, it uses a USB wireless adapter that needs to be plugged into your PS5’s USB port.

You can’t pair these to Bluetooth devices like your phone. However, there is a 3.5mm headphone jack on the headset, so you can use a wired connection for other devices. As for audio quality, it’s very good, and designed for PS5’s 3D Audio features. Overall, one of the best PS5 headsets on the market.

Steelseries is well known for making all kinds of great quality video game accessories, and their headsets are also top of the line. The Steelseries Arctis 7P is a very comfortable, high-end gaming headset, designed for professionals.

There are a lot of features to talk about. For starters, it connects via a wireless dongle. The dongle uses USB-C but an adapter is included to change to USB-A. Both ear cups have physical buttons. One has the power button, while the other has a microphone mute button, a slider for volume, and three ports, including 3.5 mm. The microphone is retractable.

What I liked about this headset is the USB-C dongle is very versatile. You can insert it into almost any USB-C compatible device and it will automatically work. You can also use it on a PC with the included USB-C to A cable.

On top of that, it has a 3.5mm port, so you can use the wired option too. If you want to treat yourself to some high-end headphones for PS5, these are a good choice.

If you’re looking for something a little more budget-friendly, the Mpow Air SE gaming headset is worth a look. What you need to know about this headset is it’s not wireless, everything requires a physical wired connection. The good news is it’s compatible with not only the PS5 but any other platform, including PC.

To connect a wired headset to your PS5 simply plug it into the 3.5mm slot on the Dual Sense controller. You might need to switch the microphone from the controller to the headset in the PS5 audio settings.

Speaking of the microphone, this headset has a noise-cancelling microphone that is attached to a flexible wire that you can position in front of your mouth. The microphone quality is good for the price.

As for the audio quality, the sound was surprisingly good for a budget gaming headset. The audio is powered by 50mm drivers that deliver great surround sound. The ear cups are tight enough to cancel outside noise but not too tight.

Although the Turtle Beach Stealth 700 looks bulky, it’s surprisingly light, and the audio quality is incredible. The headset was designed to make the most of 3D spatial audio which is capable of picking up even the quietest sounds. You’ll definitely have an advantage in multiplayer games with this headset.

As for features, it’s a wireless headset which uses a USB wireless adapter, similar to the Pulse 3D headset. The Stealth 700 Gen 2 also has Bluetooth, so you can pair it with your phone, laptop, or any other Bluetooth audio device.

On the ear cups, you’ll find media controls; volume slider, mode, power, and Bluetooth pairing mode. You’ll also find the USB-C charging port on the ear cup. This headset gets about 20 hours of game-time on a full battery and it charges fast, so you can get right back into the action.

As for the microphone, the quality is acceptable, and you can flip it up to mute, and down to unmute. You can also adjust the microphone volume with a slider.

The Razer Kraken Tournament Edition is a mid-range headset that can be used with a PC, PS5, PS4, and other consoles. The material used for the ear cups is memory foam, and they’re relatively large, comfortably encasing your ears.

This is not a wireless headset, it can be connected by either USB or 3.5mm. For the THX 7.1 spatial audio, you’ll need to connect the headset to the included audio controller (IDAC), and then connect that to a USB port.

The IDAC provides you with a couple of handy buttons; volume, adjust bass, microphone, toggle spatial audio, and a couple of others. You can also connect the headset to any 3.5mm port, the IDAC is not required to use the headset. To connect it to a PS5, insert the 3.5mm cable into the PS5 controller, or connect the IDAC to the USB port on your PS5. Bear in mind, the IDAC works best with Windows machines.

This headset comes with a retractable noise-cancelling microphone too. The microphone quality is not the best but it’s designed to reduce background noise, making it acceptable for voice calls. I like this headset because it’s straightforward, budget-friendly, and the IDAC adapter adds an extra layer to spatial audio.

The PS5 does support Dolby Atmos but only for Blu Ray and Ultra HD Blu-ray discs. For other types of media, the PS5 supports 5.1 and 7.1 surround sound, as well as many other audio formats. Sony has also developed its own 3D spatial audio format, best used with compatible headphones, such as the Sony 3D Pulse headset.

Audio on new consoles is rather complicated because there are so many audio formats, headphones, and speakers out there. Not to mention audio is quite subjective. Regardless, if you want to make the most of Sony’s 3D audio, I recommend one of their official headsets, like the Pulse 3D.

However, most headsets will provide decent surround sound, even if they are not compatible with the new audio format. The PS5 will likely improve their audio formats and add support for other devices in the near future too, so it’s worth keeping an eye on.